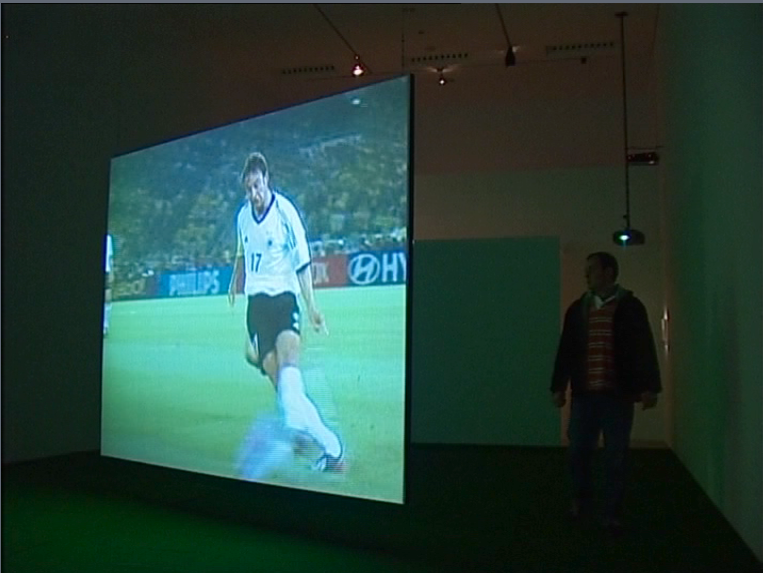 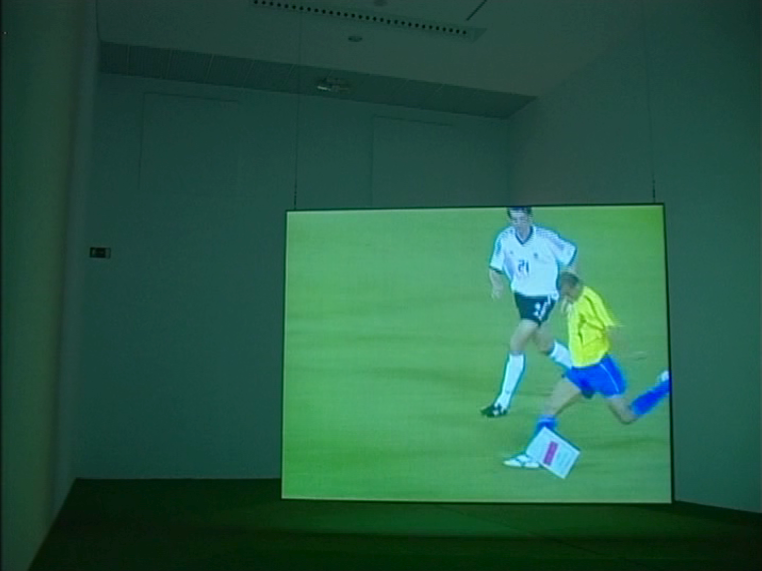 En juego (In Play, 2006) shows more of Ampudia’s sense of humor as well as a certain political dimension. This three-minute video loop presents re-purposed films from an epic soccer match between Germany and Brazil during the 2002 World Cup. Replacing the ball, however, is a copy of the highly influential book of art criticism, The Shock of the New, by Robert Hughes. The soccer players, like Ampudia, are literally kicking around ideas and critical notions about art. A question might be posed: is this a struggle for artistic domination between the “New World”—in the form of Brazil—and the “Old World”—represented by Germany? Ampudia doesn’t give any answers.